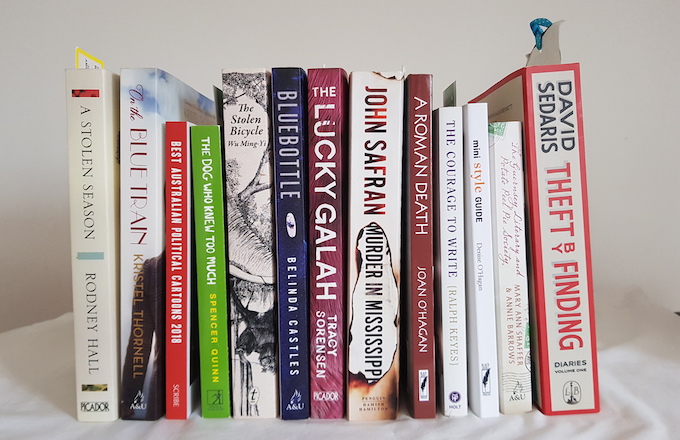 12+   As I admitted in the Large Print Editions blog post (January 2018), it's my habit to read in bed at night. And after ten to fifteen minutes of reading, my eyes get a little tired, and I often wake to find the book resting on my face. It takes me a long time to read a book from cover to cover.

So when I pulled together the titles I've read, started, and dipped in and out of in 2018, I was surprised by the size of my "year of books" pile. Sixteen! And a few titles are missing from my bookshelf photo because I've loaned them to friends to read.

Rather than write sixteen synopses, here are extracts from the reviews I published on Tall And True during the year or comments I posted to social media.

N.B. Click on a cover photo to learn more about a book or buy it on Amazon.com.au.

Some books are page-turners - Bluebottle was more than that for me. I would beat my alarm in the morning and reach for the book for the joy of reading a chapter before getting up to start the day. Belinda Castles' flowing narrative, well-crafted characters, and underlying dark suspense had me hooked until the last page. 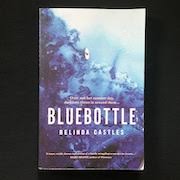 Having enjoyed Richard Fidler's earlier historical masterwork, Ghost Empire, I read his introduction to Saga Land, and I knew I'd love it: "My friend Kári Gíslason is a Viking. When he said he was going to Iceland, I told him I was coming with him." Thus begins an epic tale of Icelandic landscapes and sagas and a family mystery! 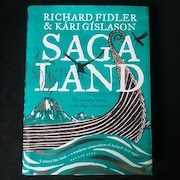 A Stolen Season by Rodney Hall

After listening to a podcast interview with Rodney Hall, I bought his latest book and added it to my to-be-read pile. When I finally started reading it, I wanted to neglect my household chores, dad duties and dog walking. And immerse myself in Hall's story of "a stolen season" told from three perspectives. 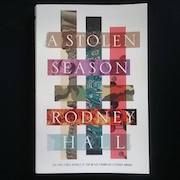 The Courage to Write by Ralph Keyes

This book was a gift from a fellow dad and writer -- we like to get together to discuss the challenge of raising sons and writing over coffee. This quote by Cynthia Ozick in the opening chapter struck a chord with me: "If we had to say what writing is, we would have to define it essentially as an act of courage." 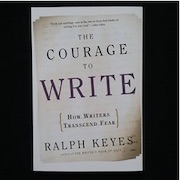 With the spread of the Internet, PCs and digital devices, and DIY websites, blogs and ebooks, the barriers to publishing are lower than ever before. However, the barrier between writing and good writing remains high. As I wrote in the book's Foreword, "With this guide on your desk, you can be a good writer and a good editor." 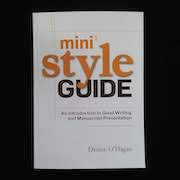 A Roman Death by Joan O'Hagan

Joan O'Hagan observes in the introduction to her ancient-world whodunnit, "The women of Republican times are silent. The history books and literature are largely written about and by men. Not in A Roman Death. In this book, Roman women live and love and hate anything but silently." 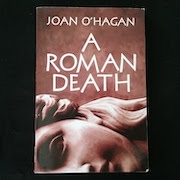 The Everlasting Sunday by Robert Lukins

Robert Lukins' debut novel is set in a home for boys in England during the freezing winter of 1962-63, known as the Big Freeze. I was born in England in March 1962, and I have a photo of me as a babe-in-arms outside our home, a caravan, dated late 1962. Reading Lukins' book had me wondering how we survived the Big Freeze!? 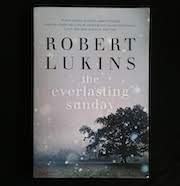 Dyschronia is set in the run-down coastal town of Clapstone. Sam is a twenty-five-year-old. The townsfolk view her as their oracle and depend upon her visions to bankroll their survival. And yet a great catastrophe has occurred, far worse than any in the past: the sea has disappeared. Why didn't Sam warn the town? 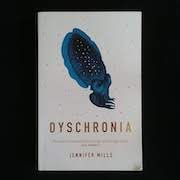 The Dog Who Knew Too Much by Spencer Quinn

The first book I read in this mystery series featuring P.I. Bernie Little and Chet, his faithful four-legged partner, was Dog On It. I lecture my weekend dog training classes not to anthropomorphise dogs. And yet I like Quinn's device of using Chet as the narrator -- I imagine his voice is how my dog might think and talk. 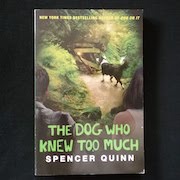 To paraphrase Australia's most recent former PM, Malcolm Turnbull, "There has never been a more exciting time to be an Australian [political cartoonist]". And this collection, a Xmas present from my brother, celebrating the best Australian political cartoons of 2018, rams home the point! 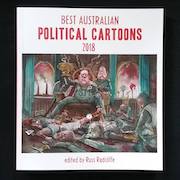 Murder in Mississippi by John Safran

True Crime is not my favourite genre. But I have followed John Safran's career since watching him on ABC TV's Race Around the World in 1997. So I was interested to see how he dealt with the murder of a white supremacist in America's Deep South by a black man. However, it's not a comfortable read. 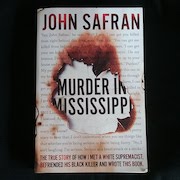 Theft By Finding by David Sedaris

I love the story of how David Sedaris found the "perfect title for this book": I met a friend in London. The subject of windfalls came up, and I mentioned finding five pounds. She asked if I'd spent it. "Of course," I said. "In the U.K.," she told me, "if you discover something of value and keep it, that's theft by finding." 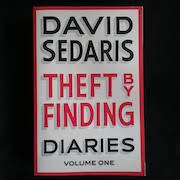 The film adaptation of this British WW2-period drama inspired me to read the novel. I was sorry to learn of Mary Ann Shaffer's death before its publication and add my voice to the chorus of thanks to her for having conceived and written such a beautiful story and to Annie Barrows for completing her aunt's legacy. 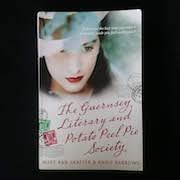 The Lucky Galah by Tracy Sorensen

My son gave me The Lucky Galah for Father's Day. He said he chose the book for the pink and grey feathers on the front cover. And the publisher's blurb on the back: "A magnificent novel about fate, Australia and what it means to be human ... it just happens to be narrated by a galah called Lucky." 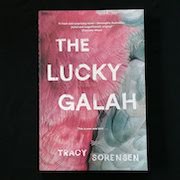 On the Blue Train by Kristel Thornell

When Writing NSW asked if I'd review On the Blue Train, a novelisation of the eleven days in 1926 when Agatha Christie disappeared, I thought it would be an interesting assignment. And a chance to learn more about this famous author and finally read one of her mystery books. 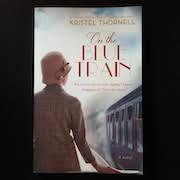 I was a little perplexed by the opening of this birthday present from my son: "Twenty years ago when my father first went missing, it occurred to us that if we could find his bicycle, we might find him. Only then did we discover that his bicycle was gone, too -- that Pa and his iron steed had left us together." 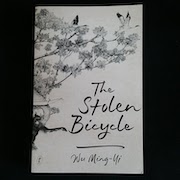 As I mentioned at the beginning of this blog post, it can take me a long time to finish a book, which is why I'm surprised I read at least one book a month in 2018. Will I exceed this total in 2019? Well, I have a good starting pile of books from Xmas for the new year! 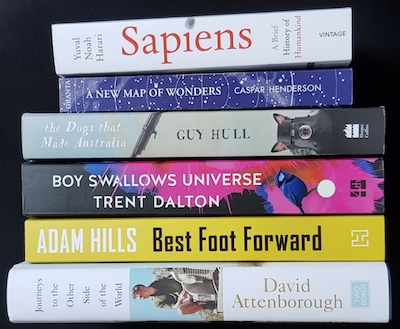 What about you? What were your favourite books in 2018? And what are you looking forward to reading in 2019?