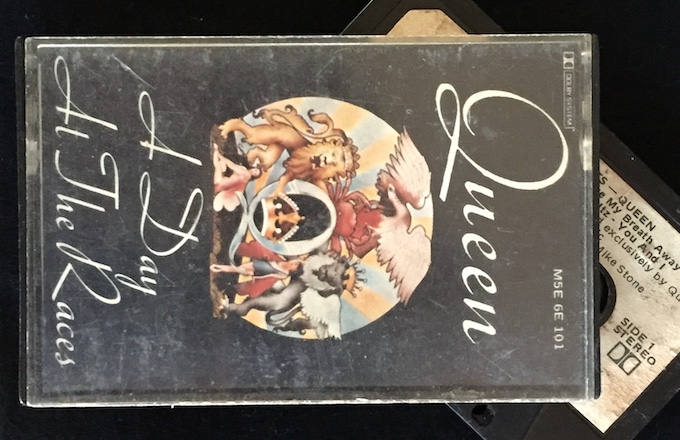 Albums That Changed Your Life

12+   A friend nominated me for a Facebook challenge, the "Albums that changed your life". It also appears on social media as the "Ten album challenge", the "Pictorial music challenge", and the "Seven all-time favourite albums". Or more matter-of-factly as the "what-the-heck, I'm posting my favourites LPs!".

The rules seem to vary less than the challenge's names: one post per day, no explanations, post a photo of the cover art and nominate a new friend to start posting their favourites to Facebook.

Now, asking a writer to post something WITHOUT an explanation is more than a challenge — it's cruel! Plus, I've got hundreds of LPs, CDs, cassettes and MP3s. Restricting me to ten albums is like asking me to choose my favourite child. (Luckily for my son, he's an only child!) And while the friends who nominated me were well-intentioned, I recall newspaper reports of "chain letters" as a kid, with ominous warnings to forward on the letter OR else! It's left me with a nervous tick about nominating friends to take up challenges.

So, I bent the rules. I didn't nominate a new friend every day, and I posted eighteen albums, not ten. But I did stick to the rule of not explaining my choice of favourites. And that hurt! Which is the purpose of this blog post: to let me stretch my handcuffed writing muscles with a few words about my favourite albums.

Like most nowadays, my music isn't just on vinyl. The last three albums on the list are from my other music media: MP3s, CDs and cassettes. The artwork of these media can't compare to the visual and tactile pleasure of a 12-inch LP. But to paraphrase Bill Clinton from his 1992 presidential campaign, It's the music, stupid!

Here are my eighteen favourite albums on vinyl, MP3, CD and cassette, in the order in which I posted them to my #AlbumsThatChangedYourLife series on Facebook:

1. The Beatles, 1967-1970 ("Blue Album")
In another blog post about My Favourite Beatle, I confessed to an obsession with the Beatles, starting as a kid, listening to their songs, reading their biographies, and trying to play their hits on my guitar. But I couldn't afford Beatles records, so one year, I asked for the "Blue Album" as a birthday gift. And from the moment I put the needle on the first track, I was in John, Paul, George and Ringo heaven!

Let me take you down 'cause I'm going to Strawberry Fields.

2. An Evening with John Denver
I never owned up to it in the schoolyard, but I liked John Denver as a kid. His songs offered visions of a simpler, Rocky Mountain high life, which had a calming effect on this turbulent teen. Listening to his live record was like sitting in the front row and making eye contact with him at a concert. And boy, could he hit the high notes!

3. The Babys, Broken Heart
Oh, to be sixteen again. Slouching about with my long-haired schoolmates (though none of us had hair as coiffured as the Babys), playing air guitar and singing along to the Babys' Broken Heart album. And pretending we knew the pain of thwarted love oozing from the lyrics!

4. Pink Floyd, The Dark Side of the Moon
Thanks to a naïve purchase decision and more trusting times, I got my first Floyd album as a fifteen-year-old. I'd bought the Star Wars movie soundtrack, thinking it would be cool, but back home, I discovered it was *gulp* classical music (the London Philharmonic Orchestra on the cover should have been a clue). When I explained my mistake to the record shop owner, he let me swap it for Dark Side of the Moon.

And then one day you find FORTY years have got behind you!

5. Joan Armatrading, Me Myself I
FM radio came to Perth where I grew up in 1980, at the perfect time to get into Joan Armatrading and "Me Myself I". A girlfriend gave me the album. I recall we balanced a twenty cent coin on her record player's tonearm to stop it from jumping tracks. It's funny the things old songs help you remember.

I sit here by myself, And you know I love it.

6. Boz Scaggs, Hits
I had Boz Scaggs' Silk Degrees on cassette, but the tape got mangled in my car stereo. Rather than replace like-for-like, I got his Hits record instead. It had all my old favourites and surprised me with some new ones.

Hey, Miss Sun, What could I say?

Hello! How are you?

8. Stevie Wonder, 1963-1974 Wonderland
I lived in a one-bedroom flat when I was seventeen-years-old. Friends who still lived at home would take turns to doss out on my living room sofa on weekends. One friend used to wake and play Stevie Wonder on my record player at full volume first thing in the morning. It earned me a "quiet word" or two from the concierge of the block of flats!

9. Tracy Chapman (Self-titled Debut)
The 1980s were all about deregulation, bear markets and rampant greed. Tracy Chapman was the bellwether for the stock market crashes and recessions of the late 1980s and early-mid 1990s. Her songs reminded us that not everyone was benefiting from capitalism. 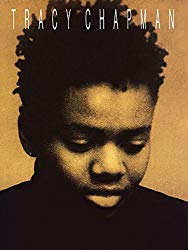 10. Muddy Waters, Chicago Blues
One evening, I was in a pub in England, having a beer with an older work colleague, when he stopped talking to listen to some Blues guitar music. "Muddy," he told me. "Muddy?" I asked, confused. "Muddy Waters, haven't heard you of him? I thought you were learning the guitar?" The very next day, I bought a copy of Chicago Blues and started learning the Blues.

Well, I wish I was a catfish.

My fingers don't fly over the guitar like Django's, but I still buy his albums today!

12. David Bowie, Hunky Dory
Again, in the early 1990s, I worked for a small software development company in England. The company director loved his music and would bring in cassettes and CDs to play in the office. He introduced me to Hunky Dory. It contains recognisable Bowie hits like "Changes", "Oh! You Pretty Things", and "Life on Mars?". But it also showcases a side of him that I didn't know existed, with one of my favourites, "Kooks", written for his new-born son. So, when I spotted a mint condition album in an English second-hand market, I just had to have it!

Time may change me, But I can't trace time.

13. The Blues Brothers (Original Soundtrack Recording)
I was in my late-teens when The Blues Brothers movie was in the cinemas. All my friends saw the movie, but for some reason I missed it. However, from my friends, I learned all the songs, gags and dance moves ("Shake your tailfeather"), and when I finally did see the movie on video in my mid-twenties, it was like meeting an old friend. I found the album in a second-hand market in England when I was in my early thirties. I'm now in my mid-fifties. I've got The Blues Brothers on CD, and I love singing along to Jake and Elwood in the car - though I don't shake my tail feather while driving!

She Caught the Katy (And Left Me a Mule to Ride)

14. The John Lennon Collection
As I confided in My Favourite Beatle blog post, John was my Beatle. I love listening to his voice and lyrics in the Beatles anthology. Lennon's songs have an edge and a message, which only got more strident in his immediate post-Beatles career. After his five-year self-imposed exile from the music industry, Lennon's music may have become more gushy than edgy. But I appreciated the beauty and sorrow of his later songs when I became a forty-something dad.

Instant Karma's gonna get you.

15. The Beatles, White Album
Like many of my generation and the one before, I became obsessed with the Beatles as a kid. I listened and sang along to Beatles records, tapes and CDs, read their biographies, and learned to play their songs on guitar (basic chords only!). Now middle-aged, I'm even writing blog posts about My Favourite Beatle! And the White Album remains one of my favourites because it's so eclectic - a flexing of the Beatles' songwriting and musicianship!

Dear Prudence, won't you come out to play.

16. Introducing The Whitlams (MP3)
A friend introduced me to The Whitlams when I returned to Australia in 1996. I bought their later music on CDs but downloaded their 1993 debut album from Apple iTunes when the legendary Labor PM Gough Whitlam died in 2014. The album was a homage to Gough, with Whitlam on the cover and "Gough" being one of its catchiest tunes. On the day he died, I remember singing along to "Gough" while walking my dog, with a lump in my throat and tears in my eyes, thinking of the lost hopes and opportunities of the 1970s Whitlam era.

17. Ali Farka Toure with Ry Cooder, Talking Timbuktu (CD)
I was in Brighton, England, in 1994, catching up with good friends and revisiting old haunts. It was the morning after a BIG night out, and I felt "poorly" as I browsed the EMI music store. Suddenly an incredible sound played over the in-store speakers. I don't know that I believe in "love at first sight", but this new music, the beat and rhythm, and the guitars and hypnotic vocals, was for me love at first listen! I asked a store worker what was playing, and through the fug of my hangover, I thought I heard him say "Far-ka". I had to ask twice more before I could patch together "Farka with Ry Cooder".

18. Queen, A Day at the Races (Cassette tape)
When I was a sixteen-year-old, I bought an old 1960 FB Holden with five other schoolmates for $100. We painted it blue and fitted it out with a $60 cassette tape player and speakers. One of our favourite tapes that we played over and over was my Queen, A Day at the Races. The tape's mangled now, but I listened to the album the other day on Apple Music, and it still brought back memories of teenage angst and freedom.

Changed my life? Perhaps not!

In truth, none of these albums "changed my life". I have favourites, yes, ones that meant something to me at some stage in my life and which I still like to play today.

However, there isn't an album that's made me rush out and become a Buddhist, or join a revolutionary movement, or sell my soul to the devil at the crossroads.

But the music and songs on the albums have enhanced my life. And, as this Facebook challenge proved, I still enjoy listening to the tracks today.