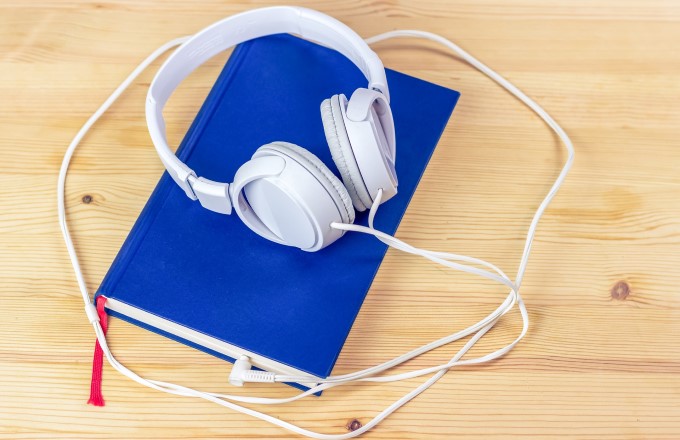 12+   My son loved books. And I loved reading to and with him in his early years and watching him grow into an independent reader. However, in his teenage years, he became a "reluctant reader". Thankfully, my son found audiobooks. And with a family account, he and I are building libraries of our favourites.

My son's library includes the seven-book Harry Potter series and Sherlock Holmes: The Definitive Collection, both narrated by the silken voice of Stephen Fry. He's also added several travel books by Michael Palin, whose travel documentaries inspired my travels in the 1990s.

My library reflects how I read traditional books, with several on the go at once. At the moment, I'm dipping in and out of classics like Selected Hemingway Stories, Fahrenheit 451 and the Orwell Collection (Animal Farm and 1984). And in the nonfiction category, I'm enjoying The Storyteller by Dave Grohl and Can't Buy Me Love by Jonathan Gould (29 hours and 52 minutes on The Beatles!).

I have finished a dozen other audiobooks, fiction and nonfiction. And if pressed for my favourites, I would nominate three books:

Note: Click on a book cover to view on Amazon (affiliate links).

A Swim in a Pond in the Rain by George Saunders 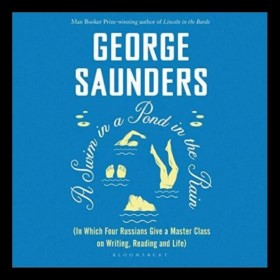 After hearing George Saunders interviewed on ABC Conversations with Richard Fidler and The Book Show with Claire Nichols, I was keen to get his new book. It's a "Master Class on Writing, Reading and Life", with Saunders using short stories by Chekhov, Turgenev, Tolstoy and Gogol as case studies. And who better to deliver the class than Saunders himself, who narrates the audiobook version (with professional voice actors for the short stories). Saunders' conversational style had me feeling like I was sitting in his Master Class, taking notes, marvelling at his insights and laughing at his jokes. And while the book didn't inspire me to buy the works of the Russian masters, I did buy an ebook version of it to re-read at my leisure.

On the Black Hill by Bruce Chatwin 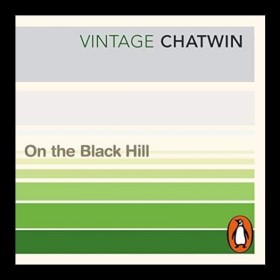 I was familiar with Bruce Chatwin's In Patagonia and The Songlines (a seminal book in awaking me to the history of Aboriginal Australia) but not his novels. However, a fellow member of the ABC Book Club on Facebook recommended Chatwin's On the Black Hill (1982). It's a beautiful tale of Welsh farmer twins, Lewis and Benjamin, spanning their lives on a small patch of Wales from the turn of the last century to the 1980s. And listening to Chatwin's evocative writing as an audiobook was a double-joy, with the narrator Steffan Rohdri carrying the story and characters without the use of sound effects. It was like being read to at bedtime. I laughed and shed a tear or two. And afterwards, I thanked the Book Clubber for her recommendation. 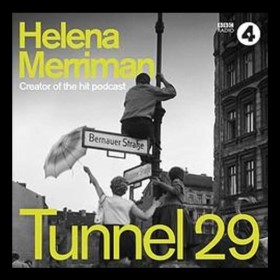 In August 2021, I heard an ABC Radio Nightlife episode of This Week in History, marking the 60th anniversary of the building of the Berlin Wall. The host interviewed BBC current affairs journalist and broadcaster Helena Merriman about the history of Berlin and her new book, Tunnel 29 – Love, Espionage and Betrayal: The True Story of an Extraordinary Escape Beneath the Berlin Wall. The Wall and what it represented was part of my Cold War consciousness as a kid in the 1960s and '70s. And I visited divided Berlin as a backpacker in 1987 and again post-German reunification in 1995. After hearing the episode, I bought the audiobook version of Tunnel 29, narrated by Merriman. And listening to Merriman's book inspired me to write about my two visits to Berlin.

There are often debates in the ABC Book Club between traditionalists, those who prefer "real" books, versus those who have embraced technology, ebooks and audiobooks.

I love the feel of a "real" book, its weight in my hands and the tactile pleasure of turning pages. But I've also got a Kindle and various ebook apps on a tablet. And I share my blog posts and other writing for reading online on Tall And True.

As I observed in another blog post, To Kindle or not to Kindle?, "real" books come in various formats and media nowadays. I still have a pile of paper-based books on my bedside table. But I have ebooks, too.

And, thanks to my son, when I'm out and about, I also have audiobooks.

With thanks to Felix Lichtenfeld from Pixabay for sharing the image of the audiobook.