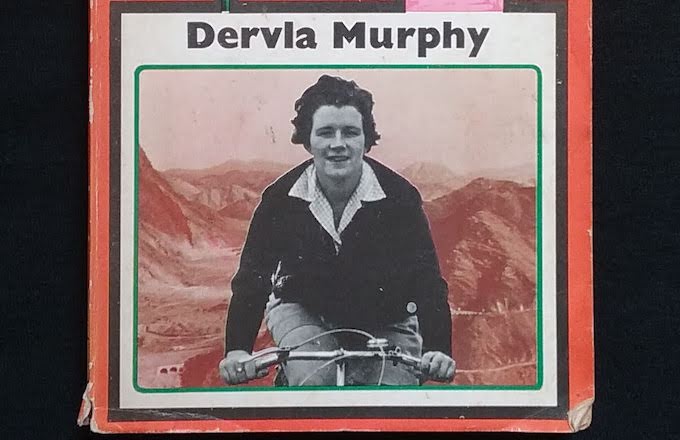 12+   In A Book of Travellers' Tales (Picador 1985), travel writer and anthology compiler Eric Newby describes Dervla Murphy as: "[An] intrepid Irish traveller, mostly in Asia and Ethiopia, mostly on bicycles or with quadrupeds, or on local transport." Her travel tale is fittingly titled: "A lone female cyclist deals with a randy Kurd on the Turkish-Iranian frontier, 1963."

In 1987, I set off from Australia to travel, work and live overseas for two years — I returned in 1996. During that time, I backpacked extensively in Europe, the Middle East and Africa and (grandly) thought of myself as a traveller rather than a tourist.

As a wannabe-writer, I kept journals and was drawn to travel writers like Eric Newby and Dervla Murphy. I also read books by other writers like Neither Here Nor There by Bill Bryson, The Great Railway Bazaar by Paul Theroux, First Overland by Tim Slessor, and even The Travels by Marco Polo.

You may have noticed a pattern in my travel books. Yes, they are predominately tales about male travellers. It wasn't a conscious decision, just that men wrote nearly all the travel books I found at markets and secondhand bookshops (which is how I built my library).

With the notable exception of the intrepid Dervla Murphy!

In Ethiopia with a Mule

In Ethiopia with a Mule was my first Dervla travel book, which I bought for seven pounds in the late 1980s (discounted "due to slight stain"). I was familiar with Dervla from Newby's anthology, but Century Publishing's 1984 book cover of a Henry Salt lithograph of the Ethiopian Highlands also caught my eye.

I travelled through Ethiopia on a truck safari in 1995. How Dervla managed to get about the country with only a mule for support and company in the mid-1960s is a tale well worth reading. But then, she was the intrepid Irish woman who rode her bicycle 3000 miles to India in 1963 -- without support or company! 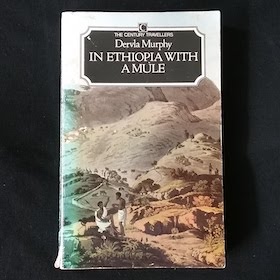 My second Dervla, The Ukimwi Road, is the 1992 tale of riding her sixtieth birthday present to herself, a mountain bike, from Kenya to Zimbabwe. I bought the book in the mid-1990s when planning an overland journey across the region.

I was in my mid-thirties when I travelled by local transport through Africa. So how fit and resourceful was Dervla doing it by bike in her sixties? It's no surprise Wikipedia lists her occupation as "Cyclist and Travel Writer". 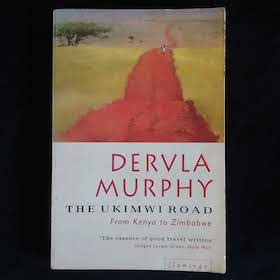 My third Dervla was her first travel book, the 1960s classic Full Tilt. I found the secondhand copy in a market on a trip back to England in 2007 — a prized possession for which I paid one pound.

It contains the piece Newby selected for A Book of Travellers' Tales, where Dervla fired a shot to scare off a "six-foot, scantily clad Kurd" in Dogubayzit, a Turkish frontier town, which I visited in the early-1990s. 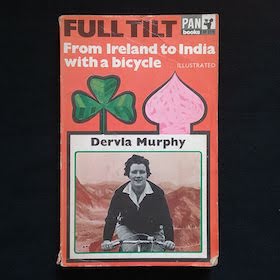 In her customary fashion, the intrepid Dervla comments of the incident:

I felt afterwards that my suitor had shown up rather badly; a more ardent admirer, of his physique, could probably have disarmed me without much difficulty.

Affiliate notice: Click on a book title or cover link to browse or buy a copy on Amazon.com.au — doing so helps support the Tall And True writers' website.

As I've blogged elsewhere, I have a #bookcovers and #firstsentences series on Instagram (as @tallandtrueweb). When I posted Full Tilt, I got a lovely comment:

Oh my goodness that is a wonderful edition! I have over 70 ‘Dervlas’ in my collection but never seen that one! You’re not a bookshop, are you?

No, I'm not a bookshop, just a middle-aged dad and dog owner who enjoyed travelling in my younger backpacker years, was inspired by travel writing, and still loves reading the traveller's tales of the intrepid Dervla Murphy.

And judging by her Instagram fan, I've got a few more "Dervlas" to collect!