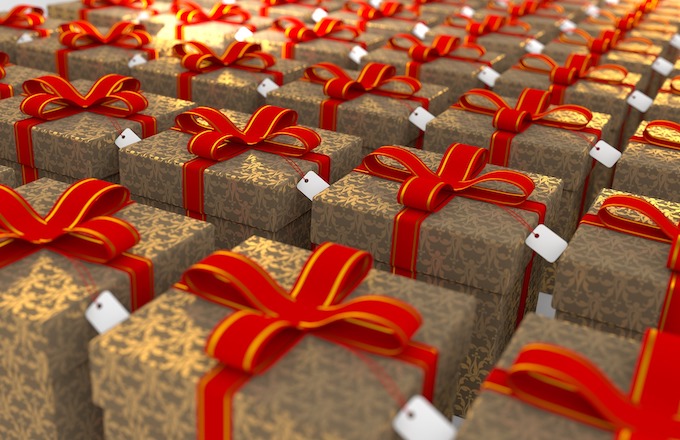 The Spirit of Xmas

12+   When I was a boy, I thought the spirit of Xmas was receiving: from my overflowing Santa Sack and gifts under the Xmas tree. Then I grew up, and for me, especially after I became a dad, it's giving. I like choosing gifts for family and friends, which is why I say bah humbug to the modern Kris Kringle.

Now, I don't want to sound like Ebenezer Scrooge. After all, I like Xmas. And I have partaken in family and office Kris Kringles and Secret Santas. But these were versions where I drew a name from a hat. I knew who was receiving my gift and put thought and effort into choosing it for them. And I had the joy of watching the recipient open it, even if they didn't know I was the gift-giver.

Okay, some Kringle gifts I've received over the years have been silly. For example, I once got a hairbrush in an office Kringle. And if you check my profile photo, you'll see why I dropped it in a charity shop bin on the way home—even if the rest of the office found it "hil-hairious"! But in general, I have received and, I like to think, given thoughtful gifts.

For Xmas 2019, my West Australian family introduced me to the modern thieving Kringle, also known as Stealing Secret Santa. In this version, as with traditional Kringles, we bought gifts to a set value and wrapped them to keep the gift and gift-giver secret.

We put our names into a Santa hat, and the order they were drawn out determined the sequence in which we'd receive a gift from the pile. And to ensure impartiality, Santa's little helper, my two-and-half-year-old niece, selected and handed out the Kringle gifts.

And this is where the modern thieving aspect begins. Rather than accept the gift chosen by Santa's helper, recipients can steal a previously opened one. The person who loses their Kringle gift gets another from the pile. But that, too, can be thieved by the next recipient in line! By being the first name drawn from the hat, you'll likely end up with the gift nobody wants. In my case, I feared another hairbrush or, my nightmare, a fondue set.

The Modern Spirit of Xmas

I wasn't impressed with this modern Kringle. "The spirit of Xmas is giving and receiving," I argued, "not stealing!" But the majority of the family, including my teenage son, overruled my objections—though he was less enthusiastic when his name was drawn second on the list.

As it transpired, everyone had fun with the Kringle, particularly Santa's happy little helper. I got Jimmy Barnes's Working Class memoirs—despite a thwarted attempt to steal them. And my son received the promise of a cash exchange from me for his unwanted pair of size-XL cycling shorts. 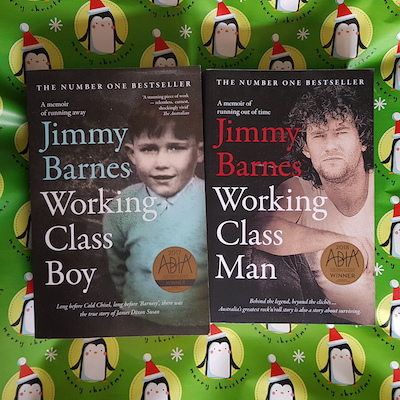 I later learned from other West Australian family and friends that thieving Kris Kringle is not a modern phenomenon. My cousins, who have many kids between them, have been doing it for over twenty years to cap the cost of Xmas. One of my cousins admitted to being a keen stealer and swapper of gifts. And my dear old aunt said she was delighted with her latest Xmas Kringle gift, a fondue set!

Call me Ebenezer, but I still say bah humbug! However, respecting the majority, I grudgingly accept nowadays the spirit of Xmas is giving, receiving and stealing—at least when it comes to Kris Kringles.

And when all's said and done, the real spirit of Xmas is not the gifts. It's the time spent with family and friends, though I didn't realise this when I was a boy. But I do now, as a middle-aged dad, watching the years with my boy fly by like Xmases past.

With thanks to 3D Animation Production Company for the Xmas gifts image from Pixabay.

Update December 2021: The Spirit of Xmas is a blog post I wrote in December 2019, after spending Xmas with my West Australian family in Margaret River, three hours south of Perth. Unfortunately, with two years of COVID and state border closures, I haven't been back to Western Australia to see family and friends since 2019.

And this year, due to the Omicron outbreak, we cancelled a family get together in Sydney and spent Xmas Day in isolation, with family members either ill from COVID or awaiting test results.

It wasn't the Xmas we'd planned. But I caught up with family and friends on the phone and via Facebook and texts. And there was a pile of thoughtful gifts under our Xmas tree and, as usual, way too much to eat and drink. Topped off with an afternoon nap and an adventure movie on the TV in the evening, the spirit of the day may have dimmed, but I still felt it.

And there was no silly Kris Kringle or Stealing Santa. Bah humbug!

I wrote this blog post and writer's insight as a humorous reflection on modern Kris Kringles and the spirit of Xmas.

However, after narrating it for the Tall And Short Reads podcast, I realised what didn't come across in the episode was how much I've missed seeing my West Australian family during the past two years. And how disappointed I was that the Sydney family get together was cancelled this year.

And so, I dedicated the podcast episode to my family and other families who spent Xmas 2021 separated or in isolation due to COVID.

N.B. You might like to read this memoir piece I wrote and shared on Tall And True in 2018, Sixteen Xmas Memories.