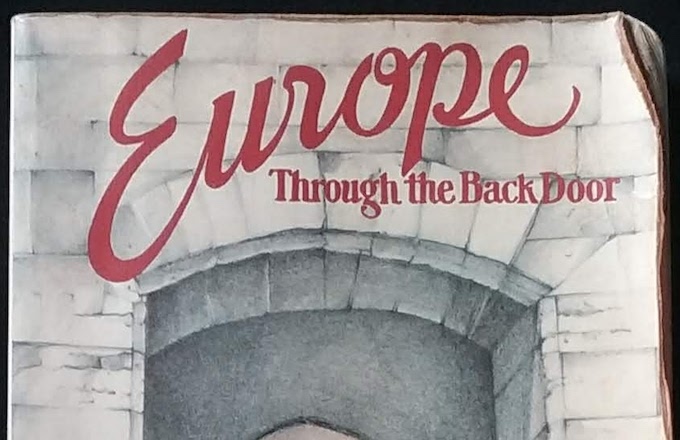 12+   I started “travel writing”, recording journals of my travels when I left Australia in 1987 for two years backpacking and living abroad in England and Europe. I kept writing journals and diaries on my daily life in England and broader travels in the UK, Europe, Asia, the Middle East and Africa until I returned to live in Australia nine years later in 1996.

In 1987 my backpacker’s bible was Europe Through the Back Door by Rick Steves. He had a different way of looking at people, and places that contrasted with the then-popular Let’s Go series, while other guidebooks like Lonely Planet and The Rough Guide weren’t so well known in the mid-80s, at least not to a novice backpacker like me!

Steves summed up his approach in the guidebook's introduction:

Most people enter Europe through the front door. In fact, seeing Europe in this way has become common-place -- almost blasé. Make your trip special. Come with me ... through the back door. A warm, relaxed, personable Europe will greet us as an intimate friend.

Using Europe Through the Back Door as a guidebook made me feel like a traveller rather than a tourist. Not for me the packaged tour, "It’s Tuesday so we must be in Rome" approach. I was going to explore and savour the real Europe, via the back streets and backdoors. 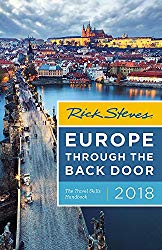 In truth, the demands of keeping to a schedule to extract the most value out of a Eurail Pass or to reach a destination by a specific date to for a connecting flight, meant much of my travel, whether by train, plane, bus, boat or even truck, was done at a Contiki Tour-pace. Apart from living in England, I never spent long in any one location or country.

For instance, I only spent five days in Poland. If you haven't been to Poland, have a look at it on a map - it's a huge country!

So I was a backpacking tourist, not a traveller, but I think the things I saw and did, the people I met, seeped into my soul and being, and into my writing.

I've kept all my journals and diaries from my "backpacking years" and recently I've started to share some of my travel writing on Tall And True.

Have a read - like all writers and "travellers", I'm always looking for tips and feedback!