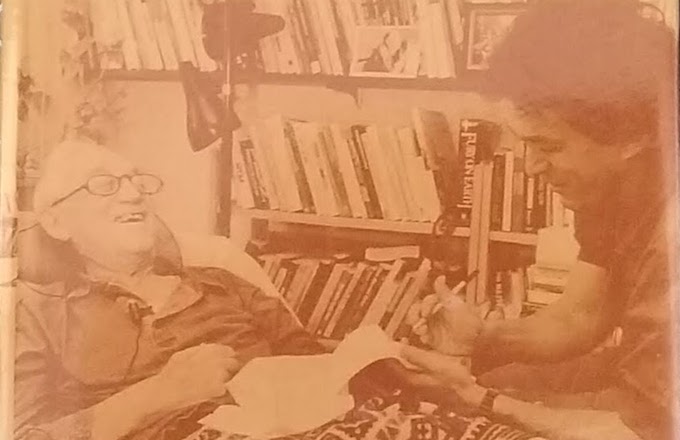 Memories of Tuesdays with Morrie

12+   I'm posting a #bookcovers and #firstsentences series on Instagram of fiction and nonfiction from my bookcase. The posts have brought back many fond memories of dusty books I haven't read in years. And the other day, I posted one of my favourite tear-jerkers to Instagram, Tuesdays with Morrie by Mitch Albom.

I wrote about Tuesdays with Morrie in an earlier blog post, The Last Book That Made You Cry (August 2017). In it, I commented on how I read the book while being “Mr Mom” for my then-toddler son. At the time, I worked as a consultant from a home office and planned to catch up on project work during my son’s morning and afternoon naps.

However, my son’s morning naps stopped happening, and he wouldn’t settle for his afternoon nap unless I pushed him around the block in his pram. And then I couldn’t get the pram back in the house without waking him!

I gave up trying to squeeze in work in the afternoons and instead pushed my sleeping son in his pram to a local park and enjoyed an hour or so reading. And it was during this period I discovered Tuesdays With Morrie. As Albom comments in the first sentences of his book:

The last class of my old professor's life took place once a week in his house, by a window in the study where he could watch a small hibiscus plant shed its pink leaves. The class met on Tuesdays. It began after breakfast. The subject was the Meaning of Life. It was taught from experience.

I enjoyed reading Albom's tale of his Tuesday classes with Morrie, but as I drew closer to the end of the book, I wanted to avoid its "inevitable conclusion”. So when I got to the final chapters, I put the book aside and started reading another one instead. 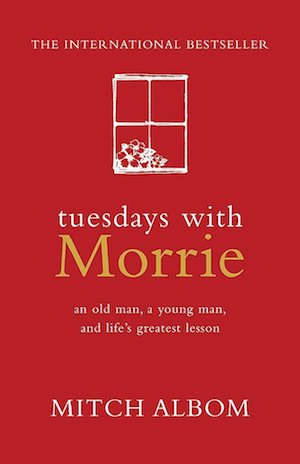 Over the next few months, I read several books on my afternoons in the park with my son asleep in his pram. And then one afternoon, I decided it was time to brave Tuesdays with Morrie again.

I had been right to hold off reading about the death of Albom’s old professor and "Coach". But sitting on the park bench on that day, it felt good to finish the book and to finally shed tears over Morrie's passing. And when I closed the cover, I was ready to move on and push my sleeping son home.

Or so I thought! Because when I took down the book for my Instagram post, I re-read the last chapters and the tears started again.

Perhaps this time it was a mixture of sadness at Albom's account and nostalgia at the memory of reading Tuesdays with Morrie in a park with my son sleeping in a pram? Those years have long gone, he's now a strapping sixteen-year-old and towers over his dad!

Do you have similar fond memories of reading a favourite book? If so, please post them in the comments below.

Or why not share your memories and writing on Tall And True?