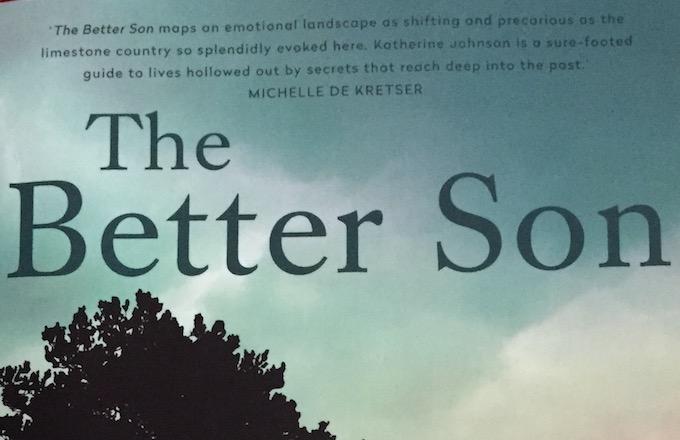 The Better Son by Katherine Johnson

12+   In the summer of 1952, Kip and his older brother, Tommy, find the entrance to a cave hidden in the hills above the family farm in the central north of Tasmania. The boys take every opportunity to explore their secret place, pushing further and deeper into it, never telling their parents about its existence, always lying about what they have been doing with their spare time. It is now 2002, and middle-aged Kip has returned to the Mole Creek cave, from where 50 years ago he ran back to the farm without Tommy.

Kip rests at the cave mouth and gazes down the hillside to his childhood home, the dairy farm, with its white farmhouse. He thinks of his “gentle mother”; the smell of “soap on her skin”; the “crush of her sun-dried cotton dress against his face”; and the feel of her “light brown hair turned prematurely grey”. Then he hears the footfall of his father, the town’s “towering war hero”, returning “heavy and hateful” from the milking shed.

Kip lied to his parents and the police on the day Tommy disappeared. He wanted to tell the truth, but he was afraid to do so. And Kip has returned to the cave to fulfil a promise he made to his mother on her deathbed: find Tommy and bring him home to bury with her. He has told no one of his decision, not his wife or eleven-year-old son in faraway Holland, nor the farmhand Squid, Kip’s boyhood mentor and protector from his violent father, and the only one to whom he’s ever told the truth about that day. 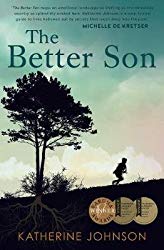 The scrubby hillsides and lush paddocks of Mole Creek conceal a hidden underworld of sinkholes and cave systems, as do the lives of the characters in Katherine Johnson’s award-winning novel The Better Son, which are riddled with secrets, lies and half-truths. As Squid reflects, “secrets and lies were the bedrock of the town” and the “core of all the misfortune that had befallen them”.

Told through the voices and thoughts of Kip and Squid, the central narrative of The Better Son explores Kip’s heavy childhood secret and his quest to bring his brother home. But the novel also uncovers other secrets within the family and wider community, and it occurs to the young Kip there are “more secrets in the world than people”.

Katherine Johnson masterfully builds the tension in the lead up to and immediate aftermath of Tommy’s disappearance and does so again during Kip’s gruelling search for his brother. Flashbacks and present-day reflections reveal truths and answers to long-posed questions.

For Kip, the search proves to be twofold: for his lost brother and for an answer as to why his father hated Kip and thought Tommy to be the better son.

This review was published by Writing NSW in January 2017. It was a page turner, where the folly and favouritism of a brutal parent have disastrous consequences.