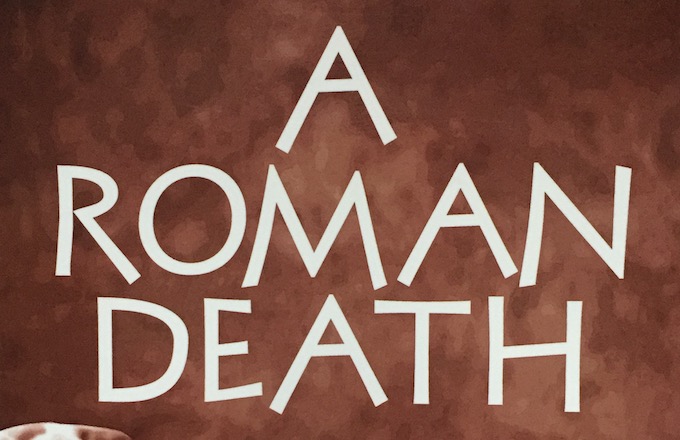 A Roman Death by Joan O’Hagan

18+   This ancient-world whodunnit, A Roman Death, is set in 45 BC. Julius Caesar is at the height of his power, yet disquiet grows under his dictatorship. With the benefit of hindsight, we know the Ides of March looms and that Rome will soon descend into turmoil.

For now, Roman elites live a pampered existence, attended to by slaves, enjoying life's pleasures and plotting how to increase their wealth and standing.

Landowner and trader Quintus Fufidius is flattered when a high-status neighbour, Marcus Scaurus, proposes the marriage of his son, Lucius, to Fufidius's fourteen-year-old daughter, Fufidia. However, Fufidius is unaware of his future son-in-law's dubious reputation and of his plans to plunder Fufidia's dowry to restore the Scaurii family fortune.

Fufidius's wife, Helvia, is furious when she learns of the arranged marriage. Her bitter opposition to the union grows with confirmation of rumours about Lucius and the indebted Scaurii family from her brother, a confidant of Caesar. When Lucius is found dead from poisoning after a prenuptial banquet at the Fufidii villa, a grieving Scaurus angrily accuses Helvia of murdering his son.

Faced with overwhelming evidence, including accusations of witchcraft and incest, Fufidius retains Cicero, a renowned politician and lawyer, to save Helvia. But can even Cicero's wit and oratorical skills create sufficient doubt in the minds of the tribunal judges of Helvia's guilt? And can the judges (and the reader) be challenged to ask who else would want to poison young Lucius? 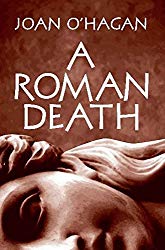 The Australian author, Joan O'Hagan, studied Latin, Greek and Ancient History in New Zealand and lived overseas for most of her life, including thirty years in Rome, where she worked at the Australian Department of Immigration.

O'Hagan drew upon her classical education, Roman surroundings and immigration department experience to write contemporary and historical crime fiction. A Roman Death, first published in 1988, was her third and most acclaimed novel. (Jerome and His Women, published in 2015, and reviewed for Writing NSW in April 2016, was her fifth and final novel.)

Ancient Rome is a collection of impressive ruins, straight roads, and blank-eyed statues for most people. It's hard to visualise the villas, the streets, the markets, and other public places such as the tribunal, alive with people. But O'Hagan's writing and storytelling skills bring the Roman ruins and statues to life. And in particular, the Roman women!

For, as O'Hagan wrote in an introductory note to the reader, "The women of Republican times are silent." History books and literature are largely written about and by men. Not in A Roman Death. "In this book, Roman women live and love and hate anything but silently."

This book review was originally published on the Ides of March by Writing NSW (2018). You might also like to read my review of another O'Hagan whodunnit, Jerome and His Women.