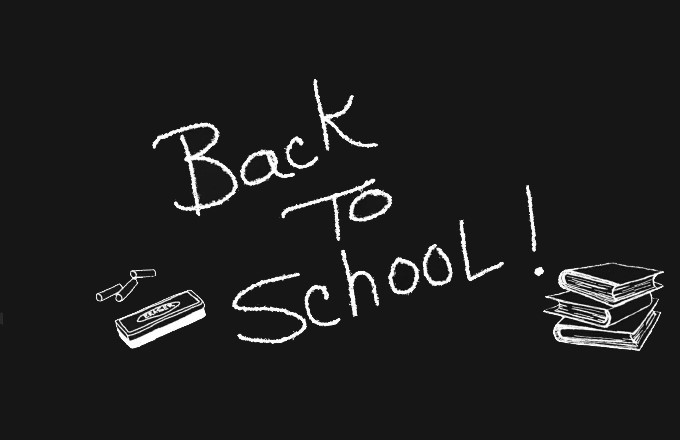 Chapter One - The Office

12+   The wooden bench in the hallway outside the headmaster's office was hard. It made you squirm. But once you'd sat on it, you daren't wriggle to relieve the creeping pins and needles. Because if you did, the hallway would echo with the squeak of the bench legs on the polished floor. And old Heavy-Handed Hamilton would look up through his glass office door and note your fidgeting.

Squirming and fidgeting would earn a black mark against your name in the headmaster's discipline file. And that black mark could be the difference in "discipline" between detention and a caning.

Charlie Edwards knew the bench well. He'd sat on it many times and kept himself perfectly still (as always) by focusing on the names etched in gold on the school honour boards. Charlie recognised some of the students. But his name was not among them, and he knew it never would be.

"Edwards," the headmaster eventually summoned him from the office. Charlie stood and took one last deep breath before opening the office door. Once inside, he waited in front of Heavy-Handed Hamilton's desk, clasping his sweating hands behind his back.

Hamilton did not look up from the desk. Instead, he let the boy wait (and worry) for a few moments more while he turned to a new page in the discipline file.

"Well, Edwards," the headmaster broke the silence, "What have you been up to this time?"

Charlie swallowed. He watched Hamilton writing his name in the discipline file, a file as familiar to him as the bench outside the office. "Um, nothing, sir."

"Don't try and be smart, Edwards," rebuked Hamilton, still staring down at the page, making a small black cross in the punishment column. "Who told you to report to me?"

"No one sent me, Mr Hamilton," Charlie replied, trying to keep his voice calm. "I've come on my own."

The headmaster raised his eyes. He noted the boy was wearing the school uniform for a change — or at least, what passed for a uniform these days. Throughout his years in education, Hamilton had steadfastly opposed any relaxation of school dress standards and discipline. He had served in the army before switching careers, and he knew the benefit of a uniform. But nowadays, a headmaster's authority seemed secondary to the wishes of politicians, bureaucrats and parents.

"Are you trying to be funny, Edwards?" Hamilton barked, marking another black cross in the punishment column.

Charlie gripped his sweaty hands more tightly behind his back. He had known the visit to the headmaster's office would not be easy. But he also knew the hard part was yet to come.

"No, sir, I'm not trying to be fu-funny," he stammered nervously. "I've done nothing wrong, erm, this time. As I said, I've come to see you on my own." Charlie's mouth felt dry — he swallowed again. "I want to talk to you, Mr Hamilton, about— About next year."

The headmaster lowered his pen. "Next year?"

"Yes, sir, I've come to see you about changing some of my subjects for next year."

"Changing subjects? Next year?" A faint smirk flickered on Hamilton's lips, which he quickly extinguished. "I don't think there's any need to discuss next year's subjects, Edwards. From what I understand, you won't be coming back to school next year. And just as well, for all concerned," he added, leafing back through Charlie's thick wad of pages in the discipline file.

Charlie licked his lips. "Well, sir, that was my intention, but— But I've changed my mind. I want to come back next year and finish high school and sit my final exams."

Hamilton glared at Charlie. It must be another of the boy's pranks, he thought angrily, and raised his pen and started writing again in the discipline file.

"You've wasted enough of my time, Edwards," Hamilton said briskly. "I'm giving you two hours detention for this latest escapade. Be thankful it's not detention and a caning."

"Please, sir," Charlie pleaded, "I'm not trying to waste your time. I do want to come back and finish high school next year."

The headmaster's pen froze mid-sentence. He looked up at the boy again. Charlie's face was shiny with sweat. Hamilton had based his success in the army and education on two factors: iron discipline and an ability to judge character.

On Charlie's first visit to the headmaster's office, Hamilton had summed up the boy as a no-hoper. It wasn't a matter of intelligence. Edwards had brains enough, but the boy lacked direction and discipline. His subsequent visits had left Hamilton with the opinion Edwards would end up in jail, or worse!

But now, he saw something different in the boy's eyes: an urgency. Was it fear? 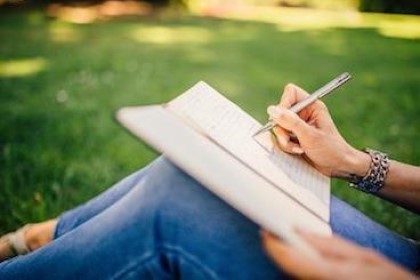 WRITING FOR YA READERS?

"What's brought about this sudden change of heart, Edwards?" the headmaster asked. "Have your parents finally talked some sense into you?"

"No, sir, they've got nothing to do with it. I haven't told them. It's purely my decision to come back and do the exams."

Hamilton drew a breath and eyed the boy warily. "And why, Edwards?"

A line of sweat rolled down Charlie's neck, tickling his skin as it trickled along the collar of his unfamiliar school shirt. Charlie longed to scratch it — he longed to turn and flee from Heavy-Handed Hamilton's office. But he didn't dare move. Because Charlie knew he was teetering on the brink of a caning.

And, worse still, of losing his only chance to return and finish high school next year.