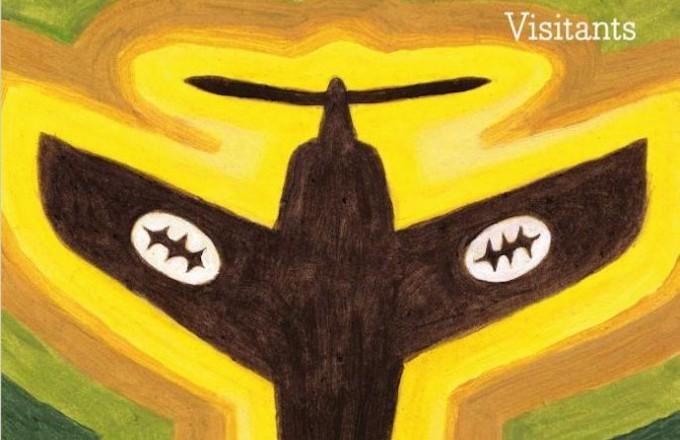 12+   Randolph Stow won the Miles Franklin Award in 1958 for his third novel, To the Islands. A year later, Stow worked briefly as a cadet patrol officer and anthropologist’s assistant in Papua New Guinea (PNG) before falling seriously ill and being invalided back to Australia — he was only twenty-three years old.

“But the people in the stars have found out what happened to the cargo they meant for Kailuana. We know that the Dimdims stole it. We are very angry.

“That is why we have told you to burn Olumata and Obomatu. You do not need those houses. You will have houses with roofs of iron. You do not need yams or banana­palms or betelnut. You will have bully beef and tinned peaches and rum. Burn your houses. Burn your food. Burn your skirts and yavis and ramis. Go hungry till we come. Go naked till we come. Dance, sing, make love. We are very near. We may come tomorrow. We are coming with trucks and shotguns and bombs. We are bringing the children of Kulua’ibu their cargo.” ~ extract from Visitants

As his earlier work on an Aboriginal mission informed the award-winning To the Islands, PNG left an indelible mark on Stow and was the basis for Visitants. However, the novel was not published until 20 years after his return to Australia.

Set in 1959, during Australian colonial rule of PNG, Visitants is a tale about relationships, cultures and superstitions; of white, ex-pat planters and patrol officers, and local indigenous people. With no omniscient narrator, the story unfolds through testimony at an official inquiry into the death of a senior patrol officer, Cawdor. 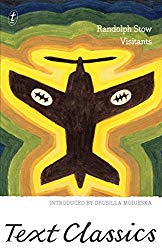 Chapter by chapter, witness by witness, and with extracts from Cawdor’s journal, the novel reveals a deeper story: one of conflict and accommodation between the locals and ex-pats, inter­generational rivalry, and cross­-cultural relationships and desires.

Weaved into the story is the local superstition surrounding sightings of “star machines”. This extension to the commonly known “cargo cult” narrative, spawned by the war­time arrival of planes with military supplies, has it that “Dimdims”, white people, stole the lands and “cargo” sent by the “people from the stars” for the local indigenous people. A day of reckoning is foretold; chaos and madness descend.

Who are the Visitants?

As Drusilla Modjeska reflects in her introduction to the Text Classics publication of Visitants (2015), who are the visitants? To the local people, they are the earlier sailors, traders and missionaries. And then present-day patrol officers and planters. “More dramatically”, they are the figures that appear in the “star machines”.

Stow’s training as an anthropologist and skill with local languages ensure Visitants feels authentic. Whether the voice is that of a Dimdim ex-pat or an indigenous domestic worker, interpreter or heir to the village chief. And his skill as a writer demonstrates why Stow won a Miles Franklin Award and leaves one wondering why he didn’t win more.

This review was published by Writing NSW in February 2016. It was only the second time I'd read Randolph Stow and I was amazed by his insight into the local culture and customs of the time. You might like to also read my review of the first Stow I read, To the Islands.