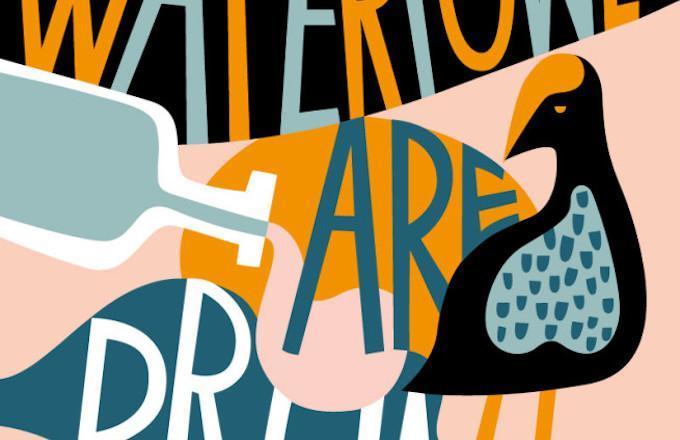 The Waterfowl Are Drunk by Kate Liston-Mills

12+   Kate Liston-Mills sets her slim volume of short stories, The Waterfowl Are Drunk, in her hometown of Pambula, on the south coast of New South Wales. The metaphor in the opening story, Bound, about a fox raid on waterfowl nests, is threaded through the volume: There is a "twine" that ties the waterfowl (and humans) to each other and Pambula. The birds will always come back to Pambula, despite the tragedy, because "twine is deceivingly strong".

The second story, Dick's Dead, introduces a recurrent family in the volume. World War II has ended, Ed is back in Pambula on a five-day pass, and his wife Hazel is heavily pregnant with their first child. Patrons in the town's "Top Pub" and "Bottom Pub" bet on the baby's arrival date, as well as its sex and weight. But Ed and a mate drink too much, end up searching for the missing bookmaker, Dick and miss the birth of Ed's baby.

The third story, Humming to Normal, establishes the pattern of revisiting Ed and Hazel's family at significant moments over irregular intervals. They now have three daughters: the two older girls are healthy, the youngest, Lottie, is three but can't crawl or talk. Ed's booked an appointment with the town doctor. Hazel is reluctant to attend, and when the doctor diagnoses Lottie with Down Syndrome, she doesn't try to veil her "piercing hatred for him", retorting, "Lottie's normal, just a slow learner, that's all."

In the eponymous fourth story, Ed has died in hospital, his and Hazel's eldest daughters have left home to get married and have children, but Lottie still lives at home. Despite being 17, Lottie's mind is "sealed from certain things", and Hazel isn't sure how to break the news of her father's death. However, Lottie displays hidden insight and strength of character. She primes her father's best mate, the town's gravedigger, to do his job and, in doing so, plays a part in getting the wetlands' waterfowl drunk.

In the final three stories of the volume, a sullen teen is forced to skip surfing to visit Nan Hazel. More years pass, we witness the deaths of Hazel and then Lottie, and the teen grows up and moves away. But like the waterfowl "tied by twine", she returns to Pambula and buys her Nan's house.

The effect of a novel

A short story can be defined as a short piece of prose with few characters and a single theme. Often there is no common thread within a collection.

Liston-Mills has achieved the effect of a novel in The Waterfowl Are Drunk. In episodic flashes, we follow the lives of Ed and Hazel, their children and grandchildren, and their friends and neighbours in the isolated town of Pambula. It's like looking through a photo album, but with the benefit of Liston-Mills' beautiful writing filling in some gaps while sparking our imagination to fill in the rest.

I thoroughly enjoyed The Waterfowl Are Drunk. And I look forward to reading more of Kate Liston-Mills' writing.

This review was published by Writing NSW in February 2017. I loved the fact that although it was a collection of short stories, they were connected by family, friends and place, giving the work more the feeling and engagement of a novel!