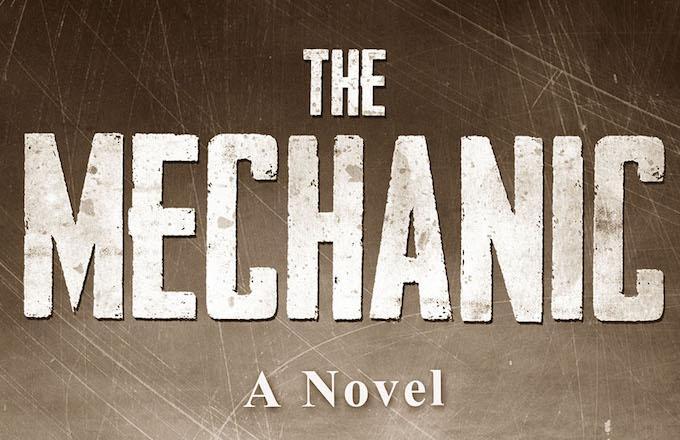 The Mechanic by Alan Gold

12+   It is October 1998, and Chasca Broderick has rushed home to the USA from her work with the War Crimes Tribunal in Sarajevo to attend her grandfather's funeral. Theodore Broderick had been a lawyer, an eminent legal academic, an adviser to presidents, a Supreme Court Justice, and a defence attorney at the Nuremberg Trials.

Chasca had shared a special bond with "Grandpa Theo", who had inspired her to study law at Harvard. And it was he who encouraged Chasca to eschew a career as a wealthy corporate lawyer to become an underpaid international law and human rights counsel with the United Nations.

After the funeral, Chasca slips away from the family gathering at her grandfather's house to reminisce about the happy times she had spent there with Grandpa Theo. And Chasca is drawn to her favourite room, the library, sits at his desk and looks idly through the drawers. In one, she finds an old sheaf of papers, written in German (a language which Chasca studied at Harvard), the memoir of a Holocaust survivor, Joachim Gutman.

A Miscarriage of Justice

Reading Gutman's papers, Chasca senses a miscarriage of justice at the trial of German Wilhelm Deutch, hanged as a war criminal in 1947. Theodore Broderick had unsuccessfully defended Deutch at the Nuremberg trial. Chasca realises the papers, which would have had a bearing on the case, had not come into Broderick's possession until after the sentencing.

Gutman's memoir paints Deutch as an "ordinary guy", a "mechanic" at the concentration camps, someone who only "twiddled knobs on the gas ovens". Furthermore, Gutman asserts Deutch was not a "mass murderer", but a man who had saved his life and should have been "feted as a hero", a "saviour". 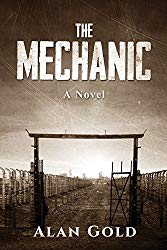 As a memorial to her grandfather, Chasca sets about righting the injustice he could not defend at Nuremberg. She visits Israel and Berlin, looking for clues to help her find Gutman, and if not the man himself, then his descendants and, if necessary, the descendants of the wrongly hanged, Deutch.

From its opening at the bitterly cold, windswept graveside of Theodore Broderick to the harsh flashbacks from Deutch's trial and Gutman's contemporary testimonial of life and death in the German concentration camps, this reviewer found Alan Gold's novel, The Mechanic, a sombre and sometimes difficult read.

In a similar vein to Markus Zusak's The Book Thief, Gold explores how ordinary Germans, such as a mechanic, got caught up in the Nazi fervour whose tracks led to the inhumanity of the concentration camps and the gas chambers and ovens of Auschwitz.

However, despite Gutman's account of Deutch as a "good German", like the trial judge and defence counsel, Broderick, the reader is never quite convinced of Deutch's innocence. And it's Chasca's destiny to uncover the half-century-old truth hidden in Gutman's papers.

This review was published by Writing NSW in September 2016. The Mechanic was a sombre and often difficult read about human inhumanity and the imprecise nature of the search for justice.