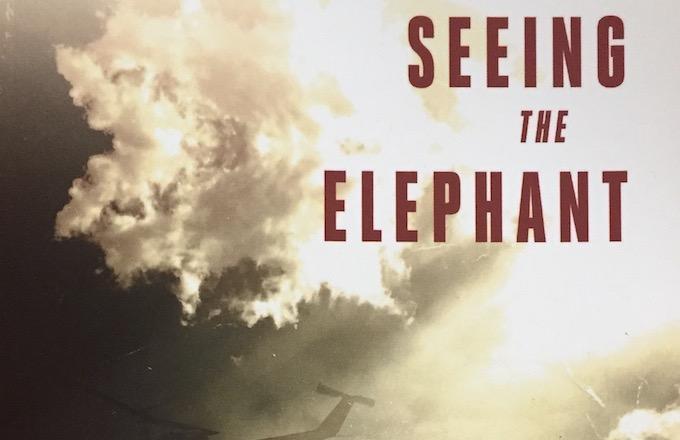 Seeing the Elephant by Portland Jones

12+   Portland Jones' debut novel, Seeing the Elephant, is set in 1962. A contingent of Australian soldiers, the Army Training Team Vietnam (AATTV), is sent to Vietnam under the leadership of the CIA. Their mission is to train South Vietnamese soldiers and villagers to fight the North Vietnamese Communists and Viet Cong insurgents.

Frank is a twenty-three-year-old country boy and AATTV soldier who fought in the Malayan Emergency. He has been assigned to the Central Highlands of Vietnam to train villagers in armed resistance. Minh is a nineteen-year-old Highlander, well educated by Missionaries, who has left his village to work on an American base, and who Frank employs as a translator.

For fifty-somethings and older like me, Vietnam is likely to conjure stark images of young soldiers, carpet bombings, a napalm-burnt girl, anti-war protests, and the helicopter exodus of the American embassy. And waves of Vietnamese boat people. Less well known is the period before the large-scale deployment of American and Australian troops in Vietnam when Western military strategists thought the Communist North could be defeated by training the South Vietnamese to fight them.

The novel opens from Minh's present-day perspective, as a sixty-five-year-old retired teacher living in Perth, with adult children and young grandchildren, undergoing chemotherapy for aggressive cancer. One side effect of his treatment is that Minh starts dreaming about and remembering his life in Vietnam, a time he thought he had "managed to forget". 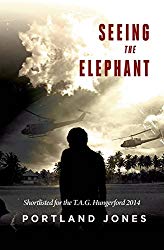 Frank's perspective is revealed through letters written to his grandfather from Vietnam. Minh was given these letters and has kept them in an old shoebox at the back of a wardrobe. As the chemotherapy triggers his dreams, Minh decides he wants to remember his past, explaining to his wife, "I think that if I die and I don't remember, it will be as though it never happened."

The novel's narration is shared between Minh from his recollections and Frank through his letters. We learn of Frank's childhood with his alcoholic parents and then with his grandparents on the farm and of Minh's life in the Highlands, surrounded by dense forest, with its spirits and rituals.

Their early lives are so different that it's hard to imagine them ever intersecting. And yet, the inevitable escalation of war and foreign intervention in Vietnam brings these two young men together.

Portland Jones' debut novel is outstanding. It transports the reader to a Vietnam at the crossroads of history and into the minds and lives of two young men who bore witness to the hope and tragedy. It is a story of war, but more than that, it is a story of families and love and loss.

Seeing the Elephant is a genuine page-turner and this reviewer highly recommends reading it.

This review was published by Writing NSW in September 2016. Seeing the Elephant provides rare insight into the work of the Australian Army Training Team in Vietnam and the lives of the Vietnamese during the period when it was thought the Vietnam War could be won by training local soldiers and villagers to fight the Communists. It was a time before the large scale and ultimately futile deployment of American and Australian soldiers.

You might also like to read a memoir piece I shared on Tall And True giving A Perth Boy's Perspective on the Vietnam War (April 2018).