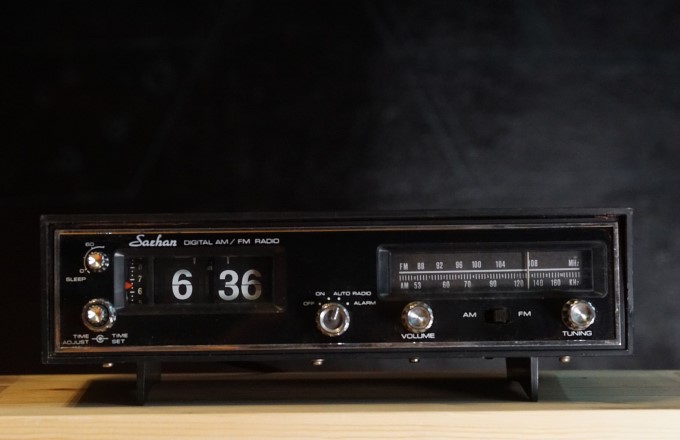 12+   You know what it's like when you lose something. It's always in the last place you look. So I write down all the possible places the lost thing could be and work through the list in reverse order. But how do you find a lost hour? It's not like it can slip down the back of a sofa like coins or keys!

I noticed the loss when I woke this morning. It was lighter outside the flat than it should have been, based on the time on my bedside clock radio. Even the birds were confused, singing the dawn chorus when they should have been asleep, like me.

"Daylight saving?" I wondered aloud and grabbed my phone to check the date. "No, don't be daft," I chided, "It's the wrong month."

"The power must have gone off overnight," I concluded. But the time on my phone was the same as my clock. Bewildered, I turned on the radio to catch the news.

"World leaders are urging calm," intoned the newsreader, "as scientists confirm measurements of atomic clocks have detected a one-hour discrepancy in the Coordinated Universal Time."

"What the —?" I got up and walked to the bedroom window. People in pyjamas and dressing gowns wandered the preternaturally sunny streets below, staring at the sky, blank-faced as if suffering shock.

"I don't know, son. I just woke and heard the news. Let me see if I can learn something, and I'll call you back. Promise."

My list of places to look for a lost hour would have one entry, and it wouldn't be the back of the sofa. And when I logged into the dark web and started searching for answers, it didn't take long to uncover several theories.

NASA was involved, of course. Some thought NASA had warped space-time with an artificial black hole or a prototype antimatter propulsion drive. There was even the suggestion of an accident with a quantum time travel machine.

The newsreader on the clock radio interrupted my browsing: "The President is about to speak from the White House." I turned off the radio and switched on my TV. The President stood grave faced at the podium before a forest of red, white, and blue flags.

"We believe this is not an act of terrorism," the President announced and then began detailing how the nation's top military and scientists had responded to the "evolving situation". I muted the TV and returned to my browsing.

I liked the idea of time travel and could see its potential if NASA fixed the glitch with the hour and made the technology widely available.

I'd buy a machine, pop back and put my keys somewhere safe. Or go back and win at the casino instead of losing everything. Or travel further back and be a better husband and father.

And who knows? Maybe I'd be a hero and find the lost hour!

With thanks to Dominik Prikoszovits for the bedside clock radion image from Pixabay.

In April 2022, I learned the Australian Writer's Centre had longlisted my short story, Stuck in Time, for Furious Fiction March. And I celebrated the following weekend by writing my third unofficial, off-quarterly month Furious Fiction.

I followed the usual competition rules and gave myself 55 hours to write a 500-word short story based on a randomly selected brief from the Writers' Centre's archive. And for this month, I drew the October 2018 brief from my hat:

After drawing the brief, I went for a long walk with my dog and thought about different interpretations for "the lost hour". And before we got home, I had my story's draft opening lines:

"You know what it's like when you lose something. It's always in the last place you look. But how do you find a lost hour?"

Along with the absurdist observation:

"It's not like it can slip down the back of a sofa."

Other parts of the story came together when I started writing. For example, if we "lost" an hour overnight, it would be lighter in the morning than expected, and only atomic clocks could confirm the discrepancy. World leaders would make speeches, and conspiracy theories would run rampant. And NASA would be involved, of course.

Neil Gaiman says short stories "are tiny windows into other worlds and other minds and other dreams." And I wanted The Lost Hour to tick the Furious Fiction brief and tell an odd and unlikely story about the world losing an hour. But I also wanted it to offer a tiny window into the mind of a man who's lost more and seeks redemption.

Did I achieve my goal? That's for you, the reader, to decide.