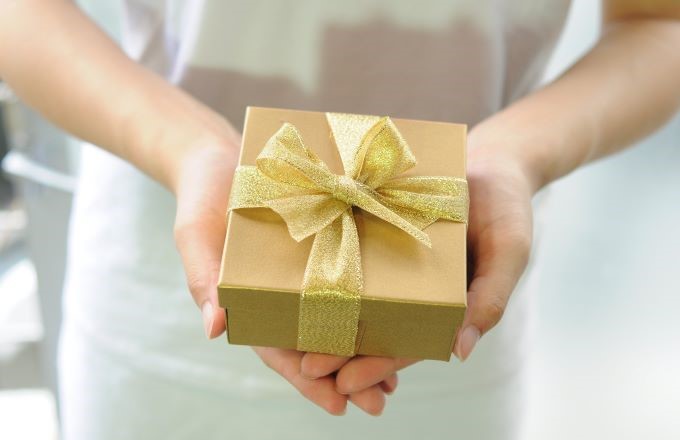 12+   "Happy anniversary, Darl." My blank look doesn't wipe the smile from his face. "It's our double anniversary, remember?" he prompts, presenting me with a single red rose. "Nine months since the party and six months since you moved in."

Growing up, my Nan had taught me to tell the truth. "Lies will haunt you," she'd warned. But I was a natural-born liar as a child, and I haven't kicked the habit.

"Of course I remember," I lie and smell the flower's perfumed scent. "Thanks, Darl, it's beautiful. I got you something, too." (Sorry, Nan, more lies.) "But it got held up in the post."

"That's okay," he says, still smiling. "Hopefully, it'll arrive before our next anniversary." He laughs, and I laugh, too. We kiss, and the tricky moment passes.

I don't remember much about the party where we met. It was at a friend of a friend's place. I was there on the rebound, and he was there on his own. I drank too much, and he was a steady shoulder to lean on.

I told him I lived with my grandmother and didn't want to go home drunk. He invited me to sleep it off at his apartment. It sounded like a smooth move, but we didn't have sex. I crashed in his bed, and he slept on the sofa.

Several dates later, I took him home to meet Nan. "A true gentleman," she'd pronounced afterwards. "I think you two are a perfect match."

"Nan, I don't need a matchmaker," I'd replied firmly, hoping she'd catch my tone and drop the subject.

"You've got to think about your biological clock, dear," she'd tutted.

"I'm only twenty-eight, Nan!" I'd retorted and stormed off.

My mum died when she was twenty-five. I was three-years-old, and though I think I have memories of her, I'm not sure. I know I don't remember my dad, because he left mum before I was born.

And so I grew up with Nan. I moved out many times in my teens and early twenties. But I kept running out of money or getting into bad situations and returning to Nan.

He'd asked me to move in with him when the government announced the COVID lockdown. “It’d be better for our relationship,” he’d said. But I'd only agreed because I couldn't face spending lockdown with Nan.

He cooks us a double-anniversary dinner and opens a bottle of champagne. Later in bed, his palm caresses my thigh. His touch is soft, unlike some of the hard men I've known.

He kisses the nape of my neck. "That's okay," he says. "Sweet dreams."

As Nan said, he's a gentleman. And if my biological clock worried me, or I was in love with him, he'd make a good husband and father.

I rise before dawn and leave him sleeping soundly, like a saint, and head back to Nan's. It's my gift to him.

With thanks to Yuyun Fan from Pixabay for the image of the gift.

The Gift was my December 2020 entry for the Australian Writers' Centre's monthly short story competition, Furious Fiction. The 500-word story for December the had to:

The email with the competition brief from the Writers’ Centre arrived on the afternoon of Friday 4th. And I had 55 hours to write my short story before the midnight deadline on Sunday 6th.

But as I later tweeted, I “wrote” it while walking my dog that Friday evening. By the time I got home, I had fleshed out the characters and plot and ticked off the criteria. All I had to do was get the words out of my head and into my computer.

Yes, there were the usual edits and tweaks. However, The Gift was one of (if not the!) most fully-formed story I’ve ever written in such a short time frame. And I submitted it 12 hours before the deadline.

I hope you enjoyed my furiously written short story. Did you spot the words PALM, MATCH and ROSE, and did you guess the GIFT?

You might also like to read my first Furious Fiction entry from April 2020, A Song on the Radio.