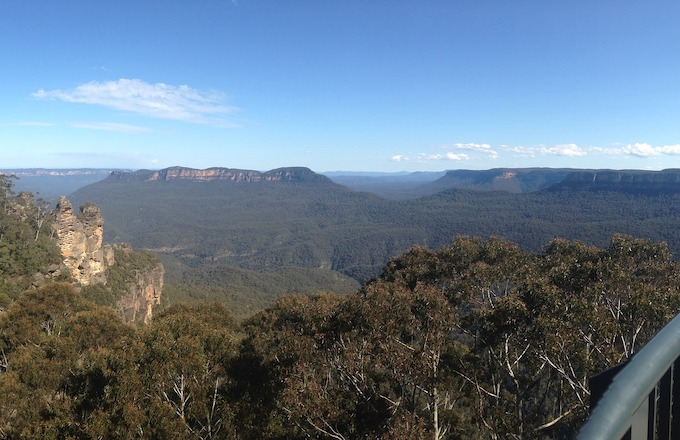 12+   The trip app listed the hotel as an "Exotic Getaway" with "Splendid Views". After the year-long anxiety of COVID-19 and lockdowns, it looked perfect. I tapped BOOK on my phone, entered my credit card details, and texted Sally: "Pack the bags. We're off to the mountains for the weekend."

The hotel was a two-hour drive from the city. I drove, and Sally deejayed, queuing our favourite playlists. We sang along at the top of our voices, letting the songs and our cares float away on the breeze blowing through the open windows. "You make me dizzy, Miss Lizzy, the way you rock and roll …"

The road twisted and turned as it climbed higher into the mountains, and the air grew brisk. We put up the windows and put on the heater. Every so often, we caught glimpses of a broad valley through the trees. Sally and I looked at each other and smiled. It felt good to be physically distancing ourselves from the city and COVID-19.

It was night when we arrived at the hotel. The first surprise was its location in the middle of town. The second was that it was the meat in the sandwich between a hardware store and a supermarket car park. None of these "features" had appeared on the trip app listing. And, as far as we could see, the hotel had no views, let alone splendid ones!

"Oh yes, we've got views," the receptionist assured us when we checked-in. "Of the valley, just two kilometres down the road, next to the clifftop car park."

Sally and I glanced at each other and tried not to laugh. After our drive, we were determined not to let a little thing like Fawlty Towers-false advertising bring us down. Sally took the room key, and I carried our bags upstairs.

We were still giggling like teenagers about the "Splendid Views" when Sally opened the door to our "Deluxe Double Room". We turned to each other, and this time we laughed aloud. The room was tiny, with barely enough space for the queen-size bed.

I wedged the bags beside the bed, and Sally squeezed past to draw the curtains and reveal our view of the supermarket car park. Tears of laughter streamed down our faces as we hugged and collapsed onto the bed. At least the mattress wasn't lumpy.

Sally and I loved that weekend in the mountains. During the days we drove to the clifftop car park and took in the valley views. Then we descended steep steps through a canopy of eucalypts to the valley floor and walked bushland tracks, serenaded by songbirds.

In the evenings, we ate dinner at the local Chinese restaurant and had nightcaps at a nearby pub, before returning to our tiny room and car park view. The hotel may not have been an "Exotic Getaway" as listed, but it was relaxing, romantic and COVID-free.

And, as Sally insisted I post in my five-star trip app review, it had splendid views.

Thanks to AveeraCrazyy from Pixabay for the NSW Blue Mountains photo. I hadn't seen it beforehand, but this image of the valley was in my head when I wrote the story.

I wrote Splendid Views in August 2020 for Furious Fiction, a monthly short story competition run by the Australian Writers' Centre. The brief for August was that the 500-word story had to contain HUMOUR, include the words DIZZY, EXOTIC, LUMPY, TINY and TWISTED. And a SANDWICH.

Much of my writing contains humour, so I thought this would be the easiest part of the brief. However, I soon discovered the difference between doing something naturally, say writing a humorous scene, and being forced to think about a punchline. Also, having written four previous Furious Fiction entries in and around lockdown, I wanted to set this story in a more joyous post-COVID time.

Thankfully, the idea of a weekend away in the mountains and "Fawlty Towers" false advertising about splendid views came to my rescue. And offered an alternavitve use for SANDWICH! As for the other words in the brief, did you spot them in the story?

I hope you enjoyed Splendid Views. You might also like to read another of my Furious Fiction stories on Tall And True, Too Late, Lenny.