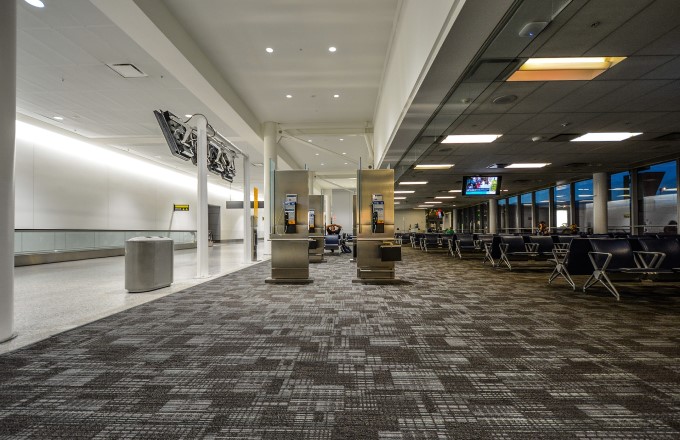 12+   Airports are the same the world over. Full of frenetic activity, people coming and going, joyful reunions and teary-eyed farewells. Though not in the middle of the night. And apart from the passengers sprawled across and under the international airport's departure terminal chairs, it was empty and silent.

Declan blinked open his eyes and looked around when the electronic beeps woke him, heralding another announcement on the public address system. It wasn't in English, but he deduced from the downcast faces of the locals his flight was further delayed.

Across from Declan, the bickering German backpackers had separated. Klaus was wedged in a far corner, fast asleep. And Britta sat on a chair, gazing at Declan with bleary eyes.

"Did you understand that?" she asked in her deep-accented English.

"No, I don't speak the lingo," Declan replied, rising to sit on the floor. "But the locals don't seem happy. So, I reckon we're stuck here for a bit longer."

Declan was not a linguist, but he'd picked up a few polite and impolite foreign words on his travels.

Declan had met the German couple on the coast. Tensions were high in the region, and few tourists risked the resorts. But hardcore backpackers like Declan and the Germans were drawn to its legendary beaches, sunsets and hash.

He and the Germans had been the only tourists at the deserted coastal resort. And Declan had enjoyed their company. But Britta and Klaus's arguments were frequent and loud and hard to block out, even with the legendary hash. And they reminded him of his last days with Molly.

"Travelling can do that to you," Declan reflected.

"I think everything has a natural ending," Britta mused philosophically, "including relationships."

Declan recalled his hash heightened debates with the Germans about the environment, poverty and other pressing world problem. They were an earnest couple, even when they weren't shouting at each other. He rose from the floor and sat beside Britta.

"Where are you two heading next?" Declan asked, accepting her proffered water bottle.

"Nowhere if our plane does not leave this airport," Britta joked.

Declan laughed, spluttering on a mouthful of water. "Seriously, do you have plans?"

"Klaus has plans," Britta continued, adding ruefully, "he always has big plans. And you?"

"I don't know," Declan admitted. "My plans had included Molly, but she decided to go home."

Electronic beeps interrupted their conversation. During the incomprehensible announcement, Declan and Britta looked at each other, hands raised with fingers crossed. The locals cheered, and the airport burst into frenetic activity again.

Declan smiled at Britta. He noticed Klaus standing and stretching in the corner. And then he felt Britta's deep voice breathing in his ear, "Remember, everything has a natural ending," she repeated. "Relationships and plans."

With thanks to user32212 from Pixabay for sharing the airport terminal image.

I've admitted elsewhere I'm addicted to writing short stories. So to help cope with the loss of my regular hit, I decided to attempt unofficial Furious Fictions on the off-quarterly months. And thankfully, the Writers' Centre's website has an archive from which to randomly select briefs.

In January 2022, following the usual Furious Fiction rules and deadline, I wrote my first unofficial short story, The People Were Happy. And for February, I selected an airport brief from September 2018 for my second attempt:

Part of my Furious Fiction writing routine is formulating plots and characters while walking my dog. And this worked well for me on our Friday evening and Saturday morning walks. By the time I sat down to write the first draft, I had Declan and the German couple in the terminal with their fellow delayed passengers. And as the story developed, I added Declan's absent girlfriend, Molly.

It can be argued part of the story takes place at the coastal resort. But these are only reflections by Declan and the third-person narrator. And both are firmly in the airport for the entire story.

Anyone who's spent an unscheduled late night in an airport departure terminal will recognise the phrase, "it was empty". And backpackers and other regular travellers will know the importance of staying hydrated with a bottle of "spring" water.

As for the denouement, I toyed with several endings, but Declan feeling "Britta's deep voice breathing in his ear" sent a tingle up my spine. And what does she mean by her comment, "Everything has a natural ending"? I'll leave that to the reader to decide!

N.B. You may like to read another backpacker-based short story, The Al-Rabie Hotel.