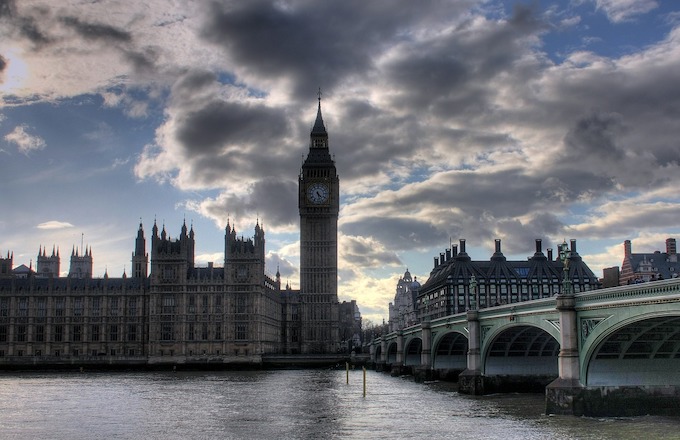 Both Sides of the Story - Westminster

18+   "Madam Speaker, I —" Baxter groaned and lifted the pen. He stuck the end in his mouth and sucked on it, searching for a better opening line. He crossed out the first words and started again. "Madam Speaker, the —" His pen froze again. "Damn it," he cursed under his breath, "why won't the words flow?" Baxter turned the pen on its side and stared fondly at the inscription: Oxford, 1969. So many years ago, so many memories, yet it seemed like only yesterday.

"Come along, Baxter," he chided himself aloud, "focus on the task at hand." He moved to cross out the opening line again, then tore the page from the pad, screwed it into a ball and tossed it into the waste paper basket with his other failed attempts. Writer's block! Baxter shook his head. Who would have thought he should suffer such a common affliction? He rose to his feet and began pacing the office. Perhaps movement would shake up the creative juices?

"Madam Speaker, there —" Baxter paused by the window and gazed out at the glimpses of Big Ben and the Towers of Westminster. It'll be spring soon, he reflected. The parks and gardens will bloom with daffodils, tulips and crocuses, and the gloomy spirit of the country will lift with the lengthening days and rising temperatures. The public's attention will turn to cricket, Wimbledon and summer holidays. Oh, why couldn't this have waited until the summer? Reluctantly, Baxter moved away from the window and returned to his desk.

"... there have been rumours, scurrilous rumours, echoing within the corridors of Westminster, to the effect that I —" Baxter lifted his pen again. Prepared speeches were not his forte. His rising reputation in the House was for sharp, witty rebuttals and put-downs of the other side and for off-the-cuff interviews which navigated safe passage through the minefields laid by journalists. Baxter looked at the inscription on his pen once more and smiled. Even back in his debating days, he hadn't needed to prepare speeches. "A gift with words," everyone had said, "Baxter's bound to go far." He sighed and lowered his pen back onto the page.

"... to the effect that I have been guilty of an —" Oh, it was no good. Baxter tore the page from his pad and threw it in the waste paper basket. He needed the words in his head before putting them on paper. Baxter stood and paced the office again. This time he stopped in front of the portrait photograph of his wife and children. How would they cope with the public humiliation? His eyes lost their focus, and he stared through his family at his reflection in the glass. Not bad for fifty. His wife had reassured him the grey around his temples gave him a distinguished air, though Baxter prayed his hairline would halt its rapid retreat.

Churchill was bald, he reminded himself, and there were rumours of an affair. Baxter shook the thought from his head and resumed his pacing. He paused by the window again and again thought of spring.

"Spring, spring, sprung," he intoned aloud. From below, Baxter heard cars, cabs and buses snaking their way along London's busy streets. The sound of little people, he thought, going about their bland lives, reading their tabloids, smirking over someone else's misfortune. Would they care to endure late-night sittings in a near-empty House only to come home to a cold empty flat? A chorus of horns mocked Baxter.

He turned from the window and faced the portrait of the Prime Minister behind his desk. He straightened his back and cleared his throat. "... that I have been guilty of nothing more than an ... an indiscretion."