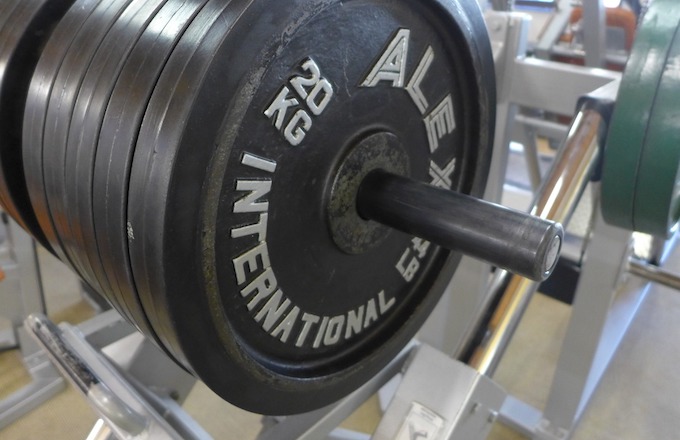 18+   "Come on, Winnie, push." Winston arched his back and strained against the bar. "Push!" The muscles in Winston's arms and chest burned. He closed his eyes, let out a primal roar and fully extended his arms. The weights rattled for a moment before Winston steadied the bar. "Yes!" shouted the trainer and helped guide the bar onto the bench press rests. "Well done, Winnie, that's a PB."

Winston sat up and smiled. Sweat streamed down his face. He savoured its bitter, sweet taste on his lips and waited for his lungs to stop heaving for oxygen. "Man, that felt good," Winston said, standing up and swinging his arms in wide-stretching circles. "What's next?" he asked the trainer.

"Have a break for a few minutes. Catch your breath, rehydrate, and I'll set up your last weights. Okay, champ?"

Winston fist-bumped his trainer, who handed him a towel, and he headed to the rest area. As he walked through the gym, wiping the sweat from his body, Winston eyed his pumped-up muscles in the full-length mirrors lining the walls. He paused and struck a body-builder pose in front of the mirror.

"Looking good," Winston smiled at himself and carried on to the rest area.

"You want a drink, Winnie?" asked the gym attendant behind the counter.

"Yeah, something cold, refreshing and light," Winston replied. "I've got one set to go."

The attendant nodded. "When's your next big race?" he enquired, reaching into the fridge for a sports drink.

"Reckon you'll do okay?" the attendant asked, placing the drink bottle on the counter.

Winston's eyes narrowed. He grabbed the bottle, unscrewed the top, and took a long, slow sip before answering. "Not only am I going to do okay," he said, emphasising his words with a pointed finger, "I'm going to win, and I'm going to set a new world record."

"It's cool, man," Winston cut him off mid-apology and smiled. "No offence taken." He turned away and carried his drink to a table on the far side of the rest area. A vein in his temple throbbed, not from the bench press, but with seething anger. Winston had lied—he had taken offence. When would people have more faith in him? Hadn't he proved himself a champion? When would he get the respect he deserved?

Winston rubbed the vein in his temple and reflected on the source of his unpopularity. He blamed the media. Too often newspapers headlined the darker side of his life, relegating his successes to the inside back pages. It was the same with the TV news.