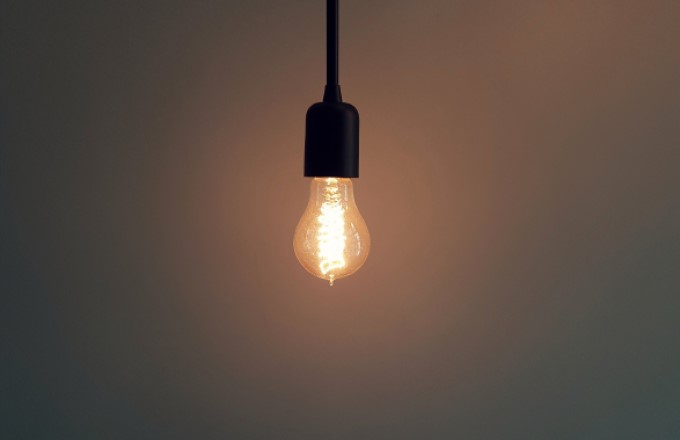 18+   Nadine lies on her mattress on the floor of the attic. She stares up at the naked light bulb hanging from the ceiling and the moth circling it.

A storm rages outside, shaking the rundown share house. Rain pounds the roof, and wind gusts through cracks under the doors and windows, whistling down hallways and upstairs, carrying with it storm-muffled sounds from other rooms. Including the moans of Paul and the new housemate, with whom he'd flirted in the communal living room tonight.

"It's nothing personal," Paul had told Nadine. "Just a chemical attraction, you know, like fire and water. Remember, I'm a free spirit."

Above Nadine, the moth lands on the light bulb. She watches a cloud of fine dust explode from the moth's body as the bulb's heat scorches and repels it.

Her troubles had begun with heated arguments. "Get out!" her dad had shouted, pushing Nadine through the front door at home while her mum had mutely packed her a suitcase.

At first, Nadine had done shameful things to survive on the streets. There were times when she'd wished the earth would open up and swallow her. And then Nadine met Paul, a caseworker at a refuge. He had piercing blue eyes that seemed to see into her soul and left Nadine feeling warm and wanted. He'd found her a room at the share house.

"It's only a mattress on an attic floor," Paul had explained. "But it's safer than the streets. Just don't tell anyone I've helped you," he'd added with a wink, fixing her with one brilliant blue eye.

Nadine had arranged her small suitcase of belongings in the attic with its single light bulb and a window that wouldn't shut properly. Housemates came and went, and there wasn't much social interaction. But Nadine didn't mind because Paul visited the attic. And his eyes gazing down on her were beautiful. Though he'd warned Nadine from the start, "Don't fall for me, I'm a free spirit."

The rain has eased and is no longer muffling the sounds of the house. Nadine hears a female scream and a familiar male groan. She pulls the ends of the pillow up over her ears and fixes her attention on the moth. "Fly away," she urges it, as the moth smashes again and again into the light bulb.

The share house was safer than living on the streets. It gave Nadine a chance to "clean up her act", as her dad would say. She had secret lunches with her mum, who loaned Nadine money to buy new clothes. It helped her get a part-time job. Finally, life looked brighter for Nadine, though her heart grew heavy over Paul.

A gust of wind sets the light bulb swaying, confusing the moth. Then circling wider, the moth senses the crack under the window and flies outside, breaking free from its fatal attraction to the light.

Nadine packs her suitcase and leaves the attic. It's her time to be a free spirit, too.

With thanks to Pexels from Pixabay for sharing the image of the naked light bulb hanging from the ceiling!

I wrote A Free Spirit for Furious Fiction, a monthly short story writing competition run by the Australian Writers' Centre. The brief for September 2021 was the 500-word story must include:

I immediately thought of the 1970s band "Earth, Wind & Fire" and reacquainted myself with their music. I imagined chilling out in a basement, playing their LPs and drinking glasses of vodka and tonic water, with cockroaches scurrying about the floor.

Tada, I'd ticked off all the criteria. But I didn't have a story!

And so I moved the setting to the attic in a share house, with my protagonist, Nadine, lying on a mattress, staring up at a moth circling a light bulb. It became a metaphor for a "fatal attraction" and the plot of my story.

A raging storm has WIND whistling through the house, carrying with it sounds from other rooms. I borrowed from the zodiac signs for Paul's explanation to Nadine of the "chemical attraction" between him and a new housemate. (Google FIRE and WATER, and you'll find opinions divided on whether they attract or repel each other!) And I had Nadine feeling so ashamed of her early days on the streets she'd "wished the EARTH would open up and swallow her".

Like the moth's fatal circling and smashing into the light bulb, it seemed I was writing a bleak story. But I hope the reader finds the "free spirit" ending uplifting.

By the way, the winning short story for Furious Fiction September was set in a basement. It's a well-written story, but be warned, the ending is not "uplifting"!

You might also like to read another of my recent Furious Fiction short stories, The Winner's Toast.