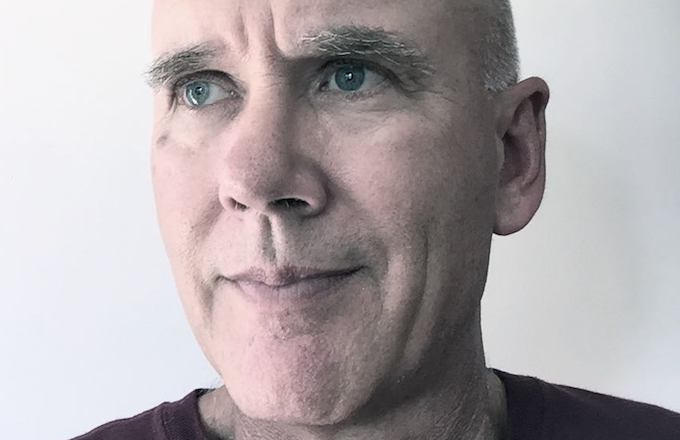 An old colour photo of my dad from the 1970s inspired this one-liner piece of microfiction. He had a faraway look in his eyes and a Mona Lisa smile on his much younger face.

As art lovers have done for centuries with Leonardo da Vinci's painting of the Mona Lisa, I wondered what my dad was thinking in the photo?

Why was he smiling so subtly? Was it a smile?

I wanted to use the faded photo of my dad in the microfiction. After all, it was his Mona Lisa smile that inspired the writing. But for the sake of his privacy, I used a doctored selfie instead.

It was sobering staring at the two photos to realise my dad was younger in the 1970s than I am now!

In microfiction or flash fiction, the writer offers a sentence or two, maybe a paragraph, and leaves the before and after narrative, motivation and denouement to the reader's imagination.

N.B. This piece is also published on my blog at RobertFairhead.com. And you might like to read more of my microfiction shared on Tall And True.