Chapter One - The Trunk

8+   Stevie was slumped on the living room sofa when his mum and dad returned home from the shops. Their raised voices drowned out the old gangster movie on the TV.

There was a moment’s silence. Stevie slid down on the sofa.

“It’s not a suitcase," his dad protested. "It’s a trunk, an antique travel trunk.”

Another moment’s silence. Stevie slid further down the sofa.

“I don’t care what you call it, just get it out to your shed before it drops dust everywhere. Or better still, stick it where it belongs, on the verge with all your other useless junk!”

Stevie’s dad swore and stomped off through the house and out the back door, slamming it behind him. The TV suddenly sounded very loud, and Stevie hoped his mum wouldn’t notice it or him. But her x-ray eyes cut through the back of the sofa. 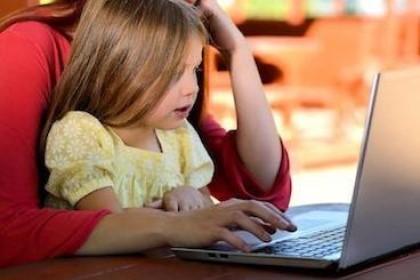 “What’s this rubbish you’re watching, Stevie? Don’t you have homework?” she demanded.

"Well, get outside and play or something. All this sitting around in front of the TV isn't good for you." Stevie dropped his chin and turned off the TV. The gangsters had just robbed a bank and were about to have a shootout with the police. "And stay away from your dad," his mum called after him as he trudged out the back door, "he's in a foul mood.”