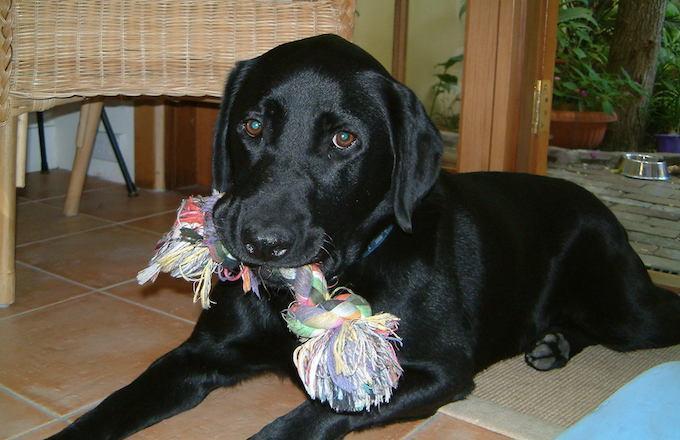 The Power of Play

-12   In addition to basic obedience commands, heel, sit, stay, and come, I like to demonstrate the power of play in my dog training classes. But I don't let the dogs run around the training grounds, chasing each other in mad, uncontrolled circles. Instead, I demonstrate with my dog, Harry, how to motivate and reward your dog by playing one-on-one with it.

In my opinion, the power of play is one of the most underrated aspects of dog training and one of the great joys of owning a dog.

Harry and my games are a variation on a simple theme. There's tug-of-war with a rope tug toy, chasing a ball and bringing it back, and chasing Harry when he's run off with the tug toy or ball.

Play creates a strong bond between you and your dog. It's a great "free" reward during training, and it allows you to set behaviour limits. For instance, teaching your dog not to bite during a tug-of-war!

But this raises an important point: Some dogs will use play to assert themselves. Do not play tug-of-war with your dog if you can't command it to release the tug toy.

Furthermore, children should not play with a dog unless an adult has established limits for the dog and children and is supervising the play.

At eight-and-half years old, Harry is as playful now as when he was a pup, and the reason is simple: he is rewarded for playing because I enjoy our games. And Harry does, too.

This article appeared in the Village Voice Eastern-Harbourside in October 2007. I loved playing games with Harry and did so right up until he passed away, four years after I wrote this article.